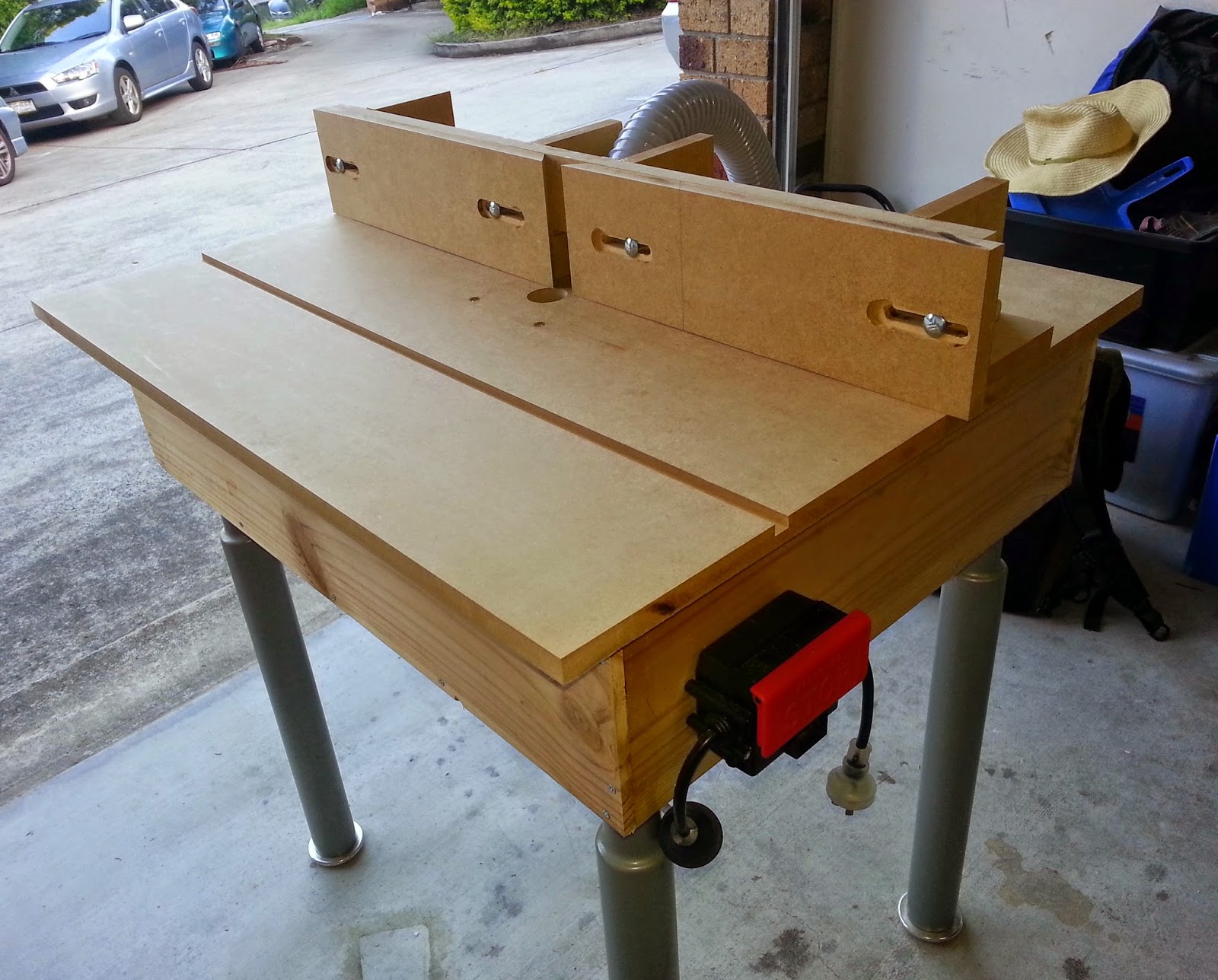 I did some wood shop in high school and have flirted with the idea of getting back into it, on and off, for many years. Specifically, I've always wanted to make my own furniture. The first time I did some woodworking after school, I collected a couple of hand tools and a secondhand Makita 3601b router. I didn't stick with it that time around, but about 6 months ago I started tinkering with woodworking again.

Playing by the rules

Lack of tools has always been a problem for me - especially since my ambitions often outweigh my budget and my skills. I don't like wasting money on poor quality tools, but I also can't justify going out and stocking up on Festool gadgets either - no matter how sexy they are. So I made the decision that I need to prove to myself that I can be trusted to keep this up and therefore justify any costs. I decided on a few loose rules:

These may seem like pretty common sense ideas, but each one addresses the mental barriers that make it difficult for me to stick with (and actually engage in) the things I really enjoy.

In order to satisfy this criteria, I decided to make my own router table. The goal was to make as much of it as possible with my router, since that was the only power tool I owned. After all, the reason I bought a router in the first place was because they are so versatile.

Living life on the edge

The difficulty when starting out is trying to understand how to make accurate cuts without a table saw. I don't want a table saw yet. They are expensive, take up a lot of space and can be very dangerous. While scouring YouTube, I came across this video series by Ron Fox:

Accurate woodworking starts with a straight edge. Ron demonstrates this by using just a straight edge to make some simple jigs. He then uses those jigs and the straight edges to make more complex jigs and so on. The problem was, I didn't own a straight edge. I had some timber, but it was sourced long ago and warped by the Australian heat. I had no way to really test if it was straight. I also didn't really trust any of the "dressed" timber from Bunnings - at least not for long cuts.

I did some research and decided that the 50" ProGrip fence from Carbatec was going to be my best option. It had adequate length to allow me to work with fairly large sized pieces (i.e. cross cut on a full 2400 x 1200 sheet) but I could still make smaller straight edges if I needed. It also clamped securely to the timber being cut which makes it easy to pass the router all the way along the edge without any clamps getting in the way. I also grabbed some 16mm MDF and used the ProGrip fence to make a few additional straight edges.


The other tip I got from the Ron Fox videos was double sided tape. You can use it to hold the straight edge guides in place to trim your work piece straight. Sometimes clamps will get in the way - especially on smaller cuts. I bought my double sided tape from the painting section of Bunnings. I also bought a basic router bit set because all I owned was a cheap straight bit. I also owned a Carbatec ogee bit and a Carbatec planing bit that I had managed to buy on sale.

A few years ago when binge-watching The Wood Whisperer (I still do!) I was introduced to the idea of using Sketchup to design wooden furniture. Sketchup used to be a Google product but it's now owned by Trimble Navigation. The basic version is still free and it is really easy to use. There are heaps of tutorials out there on how to use Sketchup to design woodworking projects so I won't go into much detail here. The workflow I have chosen, involves starting with the basic shapes and then constructing all of the joints, exactly as you plan to make them. You can then lay out all of the components and add dimensions so you can create a cut list.

As this project has been a bit of a learning exercise, some aspects are over-engineered. I haven't stuck 100% to the plan as I've progressed in the project, but the general idea has remained the same. The sizing for the main box was selected based on some (warped) pine boards I already owned. The main table top was a big question mark, as it is really critical that it is quite flat.

The design of the project was heavily influenced by the following materials that I already owned:
Deciding on what to use for the table top was probably one of the single biggest hold ups when designing this project as I was really trying to not spent a huge amount of money on materials. I got some quotes for a thick piece of melamine coated MDF and they were way more than I was willing to spend. I decided to put the decision off until later.

The DAR pine I had was pretty warped and twisted, but I didn't want to plane it by hand and I don't have any power tools to flatten and joint timber (yet), so I decided to see how I'd go clamping everything as flat as possible when making the joints and then clamping heavily during the glue up.

I started by choosing the straightest edge and flattest faces for each piece and marked them like we used to do in school. I then used my try square, referencing off the face side and edge, to mark the lengths of each piece. I used my router, with the flush trim bit and a straight edge to cut each piece to length. Stacking 2 at a time allowed me to ensure that opposite members were the same length.

Next I cut the half lap joints for the top support frame and the rebate joints for the side walls using my router. For the half lap joints I used my Carbatec planing bit and offset the straight edge to ensure I could run the router along it and stay withing the cutting line. I used a support block on the opposite side to make sure the base of the router was supported during each pass.


The rebates on the side walls were cut using a straight edge and a flush trim bit.

Next I needed to cut the bottom of the box to size. I decided to use the pallet plywood as it was free and the base would not be seen once the whole thing is assembled. I also decided to leave it as a solid piece for now, which was different to my Sketchup design. I would eventually need a small hole to allow the router to fit through, but I had not finished deciding how I was going to handle dust collection yet.

I used the straight edge and flush trim bit to roughly cut down the large piece of ply and then squared everything up and did the final cuts with less material to remove. I was getting a fair bit of tear out so I used a piece of scrap to secure the fibers at the end of the cuts. Squaring the sides was done as carefully as possible with my try square and a large ruler.

Test fitting the pieces was pretty problematic due to the warped and twisted pine. I used a bit of blue masking tape to hold things together and added a few clamps here and there. I became increasingly unsure if I owned enough clamps. My frugal side didn't want to admit that I didn't.

I started by gluing the top framing pieces as a sub-assembly as this was an easy problem to tackle.

I put off gluing the main box for a while. In the end I decided I really didn't have enough clamps and bought 3 long sash clamps, and 4 deep throat F-Clamps from Bunnings. I already owned some long quick release clamps and various small F-Clamps. It was the sash clamps that were the real saviour. They sit stable on the ground and have a large amount of clamping force. They easily pushed the warped sides of the box into shape.

For the glue, I used cheap PVA I bought at Bunnings.

Finally, I made sure nothing would move with a large number of 40 mm 6-gauge wood screws.

In part 2, I'll give an overview of finishing the table top, fitting my router and making a sliding fence.
Posted by Sam at 03:03

Sam
I'm a software engineer trying to rekindle my love of tinkering, making and understanding how shit works.